Gastroenteritis in dogs: the role of nutrition with plasma proteins

Gastroenteritis is a very common problem in dogs

Gastrointestinal diseases, both acute and chronic, are some of the most common disorders in clinical practice. Particularly, gastroenteritis in dogs is one of the leading causes of veterinary consultation. Given the nonspecific clinical signs ranging from diarrhoea and vomiting to abdominal discomfort, the differential diagnosis is not always straightforward.

What causes gastroenteritis in dogs?

There are many causes and the treatment varies depending on the cause, although there are some common points.

Importance of the intestinal barrier in preventing gastroenteritis in dogs

The intestinal wall acts as a protective shield between the microorganisms and the animal. The problem starts when bacteria damage the epithelial structure and manage to bind to or invade the epithelial cells. This is the key moment when the infection begins.

It is therefore essential to try to protect the intestinal epithelium in order to keep microorganisms at bay. Diet and certain dietary supplements can help us in this endeavour. Supplementing the diet with plasma proteins is known to help control antigen pressure. 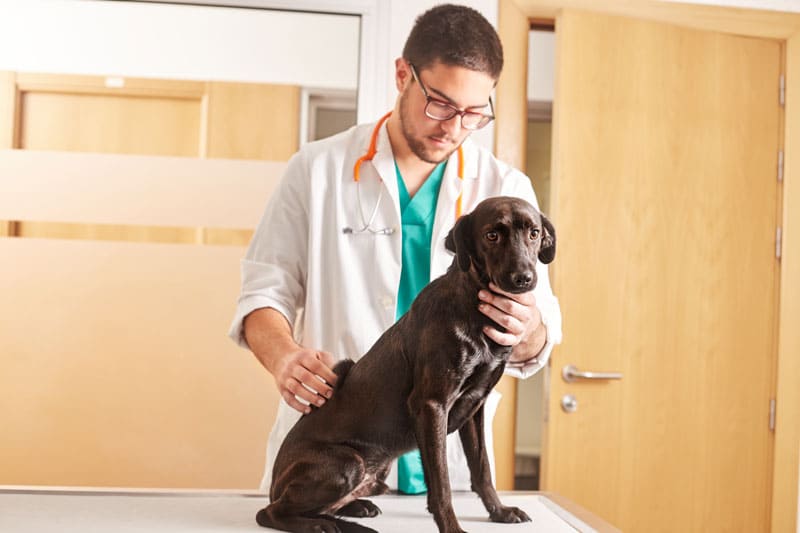 We present Affinity’s study into the ability of plasma proteins to protect the intestines from pathogens.

This in vitro study looked at an epithelial cell culture divided into two cell groups. Bioactive plasma proteins, such as those contained in the Advance Gastroenteric Low Fat diet, were added to the first group.The second group was a cell culture without any bioactive plasma proteins. Pathogens were then added to both cultures, namely C. jejuni or enteropathogenic E. coli (EPEC).

The aim of the study was to demonstrate the effect of bioactive plasma proteins on the bacteria’s capacity to bind with and invade epithelial cells.

In vitro, the presence of bioactive plasma proteins produced a statistically significant reduction in the bacteria’s capacity to bind with and invade the cell cultures.

In light of these results, it would appear that bioactive plasma proteins increase the epithelial cells’ resilience to C. jejuni and E. coli infections. This would lead to clinical improvement in dogs affected by gastroenteritis.